When it comes to the subject of taking up space these days, most of the attention is placed on the occupier, with the space being taken up often relegated to an afterthought. However, in the world of corporate real estate and workplace management, a small misaligned understanding of what “net area” means could potentially lead to catastrophic consequences and costs.

What are standardisation organisations?

As globalisation connects people, businesses, and cities around the world, one of the challenges of international business is laying a common groundwork for understanding. Beside the International Organisation for Standardization, or ISO, there are several other organisations that publish guidelines on valuation standards. Some, like European Standards (EN) and The European Group of Valuers’ Associations (TEGOVA), publish standards adopted and approved for use across an economic region such as the European Union. Others, such as the Deutsches Institut für Normung (DIN) and the Asociación Española de Oficinas (AEO), operate with the specific aim of promoting and defining activity in country-specific markets like Germany and Spain.

Although their main aim is to eliminate barriers to business and trade, the different schools of standardisation which exist occasionally confound more than they enlighten. There probably is no better example of this in corporate real estate than the definition of “net area”: depending on which school of standardisation is employed, the same term can be taken to mean two very different concepts.

The difference between EN and BOMA standards

Since April 2012, the usage of the European Standard EN 15221-6 has been mandatory in the European Union. Across the pond, the Building Owners and Managers Association, BOMA for short, is a federation of US associations and global affiliates that have established a standard together with the American National Standards Institute (ANSI) to maintain floor measurement standards for property types such as office spaces. As the leading association for corporate real estate professionals in the US, BOMA is employed by many organisations based or headquartered in the US. 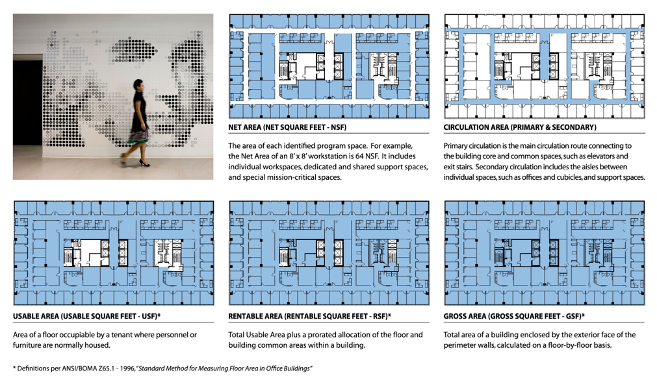 Herein lies where the main confusion comes from when it comes to talking about corporate real estate in an international context. While the European Standard definition of “net area” includes circulation area or walkways, by most American standards, “net area” does not. Thus, when two workplace managers look at the same building, how they define and measure space depends entirely on the standards they use. 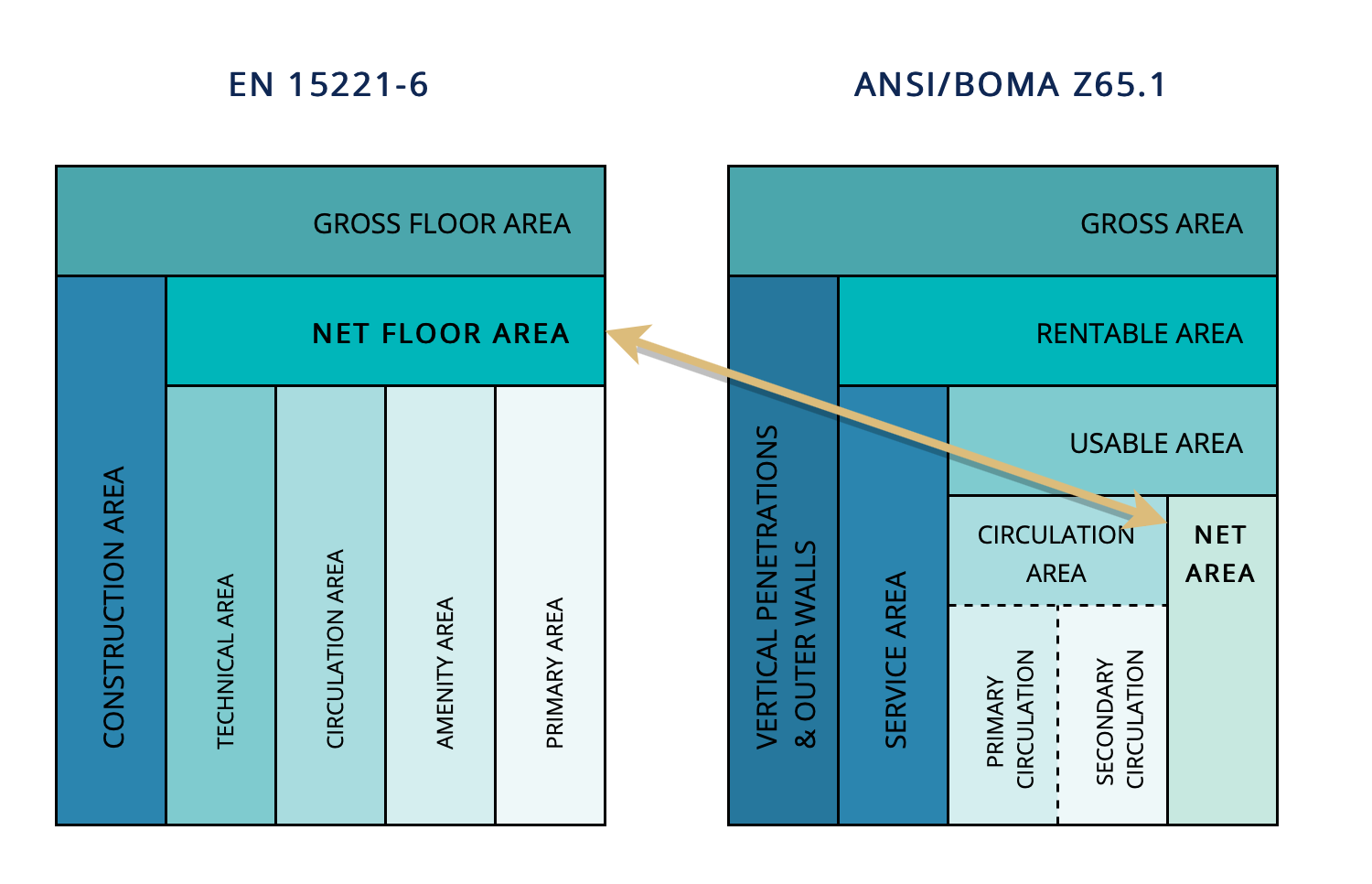 What adds to the confusion is that even within the same organisation, different offices may employ different measurement standards. A satellite office in Germany, for example, may calculate their floor spaces using EN or the national German standard DIN, whilst the organisation’s headquarters may use ANSI/BOMA. A lexical slip-up when talking about “net area” can mean a misunderstanding of hundreds of thousands of square feet—or metres! Imagine what that could mean in costs when misunderstanding the terms of a lease.

When it comes to talking about net area, circulation area, or any other spaces, there’s no standard which is better than the other. The most important thing to keep in mind is to always clarify terminology and measurement standards upfront.

Whether your organisation uses ANSI/BOMA or the European Standard, Locatee helps you measure your space occupancy. Take a look at how to measure and monitor your entire portfolio’s health with the Locatee Portfolio Insights: